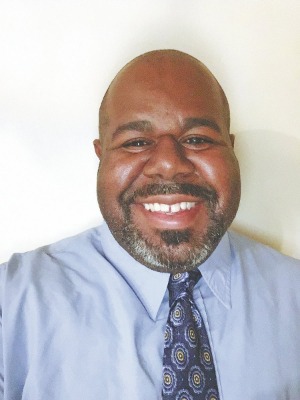 I recently had dinner with a lovely Chinese woman.

We had a great conversation and a wonderful time overall. In the process of getting to know one another, we eventually started talking about sex.

At some point, I asked her (I don't remember why, exactly) how she learned about it. She told me that one of her ex-boyfriends had shown her how.

"Interesting," I said. "So you didn't learn anything about it in school or from your parents?"

She replied that in her school, teachers taught the basics about male and female genitalia, but they didn't really provide too many details about sex itself.

As for her parents, she said talking to them about it was out of the question, as Chinese parents traditionally shy away from talking about such things with their children.

I found her response both shocking and intriguing. In an era where sexually transmitted diseases and teen pregnancies remain a global challenge, the idea that Chinese children have to figure sex out for themselves seemed a bit scary to me.

I have since asked some of my other Chinese friends about this. They concurred that their parents and schools don't really teach them about sex. They wound up learning through boyfriends, books or other means.

Frankly, teen pregnancies and STDs are certainly not just China problems, not by a long shot. In fact, my country, the United States, still struggles a great deal with these issues, despite the fact that sex education has been taught in US schools for about 100 years, and abortion remains a hotly debated topic.

But I can't really blame the schools. It's not surprising that they may not be as forthcoming when it comes to talking to students about sex. After all, many parents have different views about how much their children should be learning, or about whether they should be learning about it at all, being so young. And that, I think, is the real crux of the problems.

I believe teen STDs, pregnancies and subsequent abortions persist in large part because parents are not as involved as they should be when it comes to these matters.

I was a bit more fortunate. My father talked to me personally about sex when I was child, and the sex education videos they showed in school－which also covered condom use and contraceptives－were adequate. By the time I was 12 and entering puberty, I certainly knew what the risks of unprotected sex were.

How many Chinese children are learning about these things properly? How many of them understand that sex could lead to contracting certain diseases or causing unwanted pregnancies, or both?

Are they being taught these things in schools now?

If they are, that's great. But to be certain that their children understand, parents ought to take an active role and make sure that sex education begins at home.

My daughter just turned 7 years old. While her mother and I feel she's still a bit too young to learn about the birds and the bees, we are both determined to talk to her about sex when she comes of age. And just because my child is a girl doesn't mean that I shouldn't be involved. I believe kids, regardless of their gender, should learn about sex from both a male and female point of view. So my daughter will be getting perspectives from both of us.

Yes, it may be somewhat awkward for all parties involved, but that's no excuse. When the time comes, I'd rather her know all she can to lessen the chance of her coming home one day with a bad rash or a bun in the oven.